We all see them. Those auto insurance solicitations in the mail, online or on TV. Some of them are really funny. Some promise lots of savings. How can you tell if they’re real or not?

One of our clients shared this mail solicitation from an insurance company looking to quote their auto insurance. The quote looked to be about half what they are paying now. After we reviewed it with him, the client was happy to stay with their current insurer. Here’s some of what we pointed out to them.

We’ve blanked out the information about the other company on the letter below. We’re not out to embarrass anyone. But, we share it so that you can look critically at the solicitations you receive. If it sounds too good to be true, it probably is.

6 Reasons Why This “Good Deal” Isn’t.

Read closely. It doesn’t say that you’re approved for the rate they’ve quoted. In fact, unless you’re a 45-year-old married man who drives a 2014 Subaru Impreza (which the recipient was not), and have very good credit, your quote could be a lot different. What you’re approved for is to receive this letter. Don’t you feel lucky?

Notice that “7 out of 10 drivers who switched saved money – an average of $446 per year”. A few questions leap to mind:

Bodily injury liability insurance pays medical bills and pain & suffering for people you may hurt in an auto accident. It’s the only thing protecting your net worth from a lawsuit. $50,000 is the absolute minimum allowed in Maine. It’s also a lot less than the net worth of most 45-year-old married men driving 2014 Subarus. Did we mention that Maine’s Wrongful Death Statute allows up to $500,000 per person – 10X the limit this letter quotes?

Quoting $50,000 limits is a disservice to most Maine consumers. It makes the price look good, though. Maybe if you responded, the agent would up-sell you to higher limits (at a higher price). Or, maybe they’d just sell you the $50,000. Either way, you lose.

Related: How Much Liability Insurance Should You Buy? (Calculator)

This one’s arguably even worse. Uninsured Motorist is supposed to protect YOU and your family and passengers if you’re injured by someone who has little or no insurance. It pays the difference between the at-fault driver’s inadequate insurance limit and your UM limit. If you buy this quote, and are hit by someone with $50,000 liability coverage (which we’ve already determined is very low),  this policy provides NO UM coverage at all. But at least the price for “no insurance” was lower 7 out of 10 times.

We don’t know of any national rental firm that charges less than $30 a day in Portland, Maine. And that’s for a compact car at the insurance company’s corporate rate. Granted, $20 is better than $0, so this is probably better than the Uninsured Motorist Coverage above.

Some insurers prefer to write a 6 month policy instead of annual, because:

Related: What to Expect from Maine Auto Insurance Rates in 2017

There’s A Better Way to Shop for Maine Auto Insurance

If you are looking for a second opinion on your Greater Portland Maine car insurance, contact Noyes Hall & Allen in South Portland. We’re independent. That means we offer the choice of 9 preferred insurance companies. We’ll also take time to customize our proposal to YOUR needs, not some fictitious Impreza-driving-45-year-old married-male. We’ll recommend coverage for you and tell you why. You can choose whether or not it’s a good deal for you.

If you’re a self-service type, you can get up to 7 Maine car insurance quotes in 10 minutes on our web site. Don’t worry: if you don’t see anything that that rocks your world, we won’t hound you afterwards. But we’re always happy to answer any questions you have during the process. 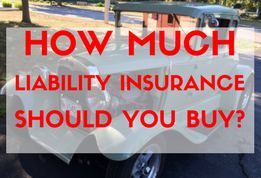