As recently reported in the New York Times‘ “Wheels” blog,  The average  cost of a Maine auto insurance policy is $902.85 per year, the lowest rates in the country.

The contest isn’t even close. Residents of the next lowest state, Vermont, pay about 7% more than Mainers. The nationwide average: about $1,450 – a whopping 38% higher.

With our snowy, icy winters, why would our car insurance be so cheap? It’s not all about weather.  In fact, 7 of the lowest 10 states are in the snow belt.

Behind the Numbers
Car insurance rates essentially pay for 3 things:

Maine’s costs for the first two are roughly in line with the rest of the country, but Mainers tend to be a bit less litigious than some other areas. That helps keep costs down.

Are Uncrowded Roads The Answer?
Maine is less congested than much of the country, but that’s not the whole reason behind our lower car insurance costs. Otherwise, Ohio, North Carolina, Arizona, Tennnessee and Massachusetts (yes, Massachusetts) wouldn’t also be in the bottom 10.

Our Theory
We think there’s something else behind the numbers: The rest of the country’s high percentage of uninsured drivers, and pitifully low minimum liability limits, and the number of people without health insurance.

You see, when someone has no insurance to pay their medical bills or repair their car, they’re more likely to try to “go against the other guy” after an accident, in an effort to avoid big bills. Even if you’re not at fault, if you’re “the other guy”, you can be sued, or the other party can try to make a claim against your insurance.

Even if a claim or suit is groundless, it costs your insurance company money to hire an attorney on your behalf or investigate the claim. That drives up insurance costs – for everybody.

So, maybe Maine really is… 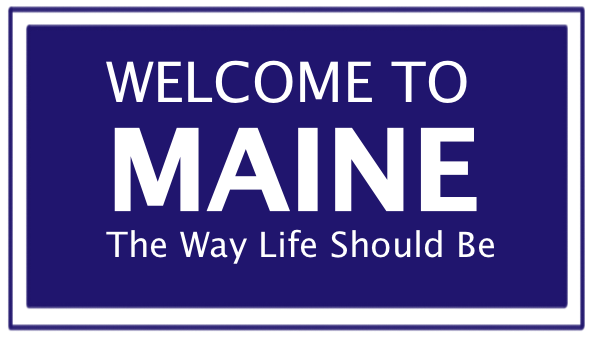 Are you paying too much for car insurance? Get 4 competitive Maine auto insurance quotes in 10 minutes from Noyes Hall & Allen’s web site, or call us at 207-799-5541. We represent 10 of the state’s preferred auto insurers. One call gives you access to all of them!