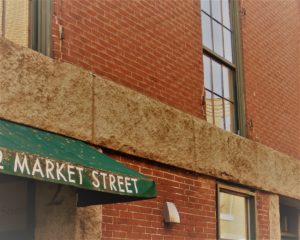 Why Does the City of Portland Maine Need to be an Additional Insured for My Sign Permit?

When you apply for your permit, you agree to be 100% responsible for your sign. This is called a “hold harmless” agreement. The city wants proof that you have insurance to back that up. They want to know that your insurance will pay if your sign injures someone or damages property. That’s one reason they require to be named as an Additional Insured on your business liability policy with respect to the sign.

See also:  Adding an Additional Insured to Your Insurance Policy

What Does an Additional Insured Do?

When you add an additional insured on your business liability policy, it does two things.

Noyes Hall & Allen Insurance can help you show proof of insurance for your Portland Maine business. Often, you must show this before you even open your business or move into the location. Sign insurance isn’t expensive. It’s often part of another policy, such as a package policy or a businessowners policy.

If you’re opening a business in Portland Maine and want to know more about insurance coverage and cost, contact a Noyes Hall & Allen Insurance agent. We offer a choice of many top Maine business insurance companies. We can help you find the right insurance for your business and budget. We’re independent and committed to you.

Are you a small business owner in Portland, ME looking to protect your assets? The last thing that you need is for disaster to strike and to learn that your policy limits are too low for you to rebuild the company. Noyes Hall & Allen Insurance in South Portland can help you determine how much coverage your small business needs to survive a catastrophic event.

What is considered a small business in Maine?

By definition, a small business owner in Portland, ME is a someone who owns a company with fewer than 50 employees. Technically, sole proprietors are considered small business owners even though they are the only employee at their company. Even those who work from home should consider commercial insurance since homeowner’s policies tend to reject claims resulting from conducting business in the residence. Imagine the entire cost of medical bills for one of your clients resting on your shoulders because your homeowner’s insurance policy refused to cover a business-related slip-and-fall incident!

How much coverage do you need?

The amount of coverage varies by business. Many low-risk companies such as those primarily operated online may think they only need a minimal amount. Retail business owners might understand the exposure to loss that their customers’ foot traffic creates, and be more likely to want higher insurance limits. In reality, your liability limit should be at least $1,000,000 per occurrence – higher if  your business’ net worth exceeds that. Of course, Maine small business owners with employees also need to buy workers compensation insurance.

You have worked hard to establish yourself as the owner of your company. Do not let an incident threaten your financial stability. Contact Noyes Hall & Allen Insurance today at 207-799-5541 for a Maine business insurance quote!

What is an Additional Insured?

An Additional Insured (AI) is someone else who is added to your business insurance policy. That coverage might last one day, one job, or all year.

Why Would I Agree to Cover Someone as Additional Insured?

Usually, it’s because you really want to sign a contract that requires it. Often, the contractual party with the most bargaining power is the one named AI. The weaker party adds them to their insurance. We didn’t say it was fair, did we?

For example, a landlord with a prime retail location might require tenants to add them as Additional Insured. Because you really want to be in that location, you could agree.

Additional Insureds are also common in construction trades. The practice may reduce finger-pointing and expedite settlement of accidents and claims.

What are the Disadvantages to Adding an Additional Insured to Your Policy?

How to Add an Additional Insured to Your Insurance Policy

Can My Insurance Company Refuse to add an Additional Insured?

Yes. The insurance company will review your contract and exposure it creates. They may decide that it’s too risky. Some insurance policies don’t permit Additional Insureds at all. Professional liability policies are a good example. Each party should be responsible for the performance of their own professional activities.

How Much Does it Cost to Add an Additional Insured?

Additional Insured costs vary among policy types and insurers. Some business policies have “blanket additional insured” endorsements. For a flat price, these cover anyone that you contractually agree to include as AI. Otherwise, insurers charge for each Additional Insured, usually starting at $25.

Are “Proof of Insurance” , “Certificate of Liability Insurance” and “Additional Insured” the Same Thing?

Is your business in the Portland Maine area? Do you need help with contracts, insurance requirements, additional insureds, leases or equipment rental? Contact a Noyes Hall & Allen business insurance agent at 207-799-5541. We offer a choice among Maine’s preferred business insurance companies. We can help you find the right fit for your business and your budget. We’re independent and committed to you.

If you’re planning to retire or recently retired, CONGRATULATIONS! It’s time to enjoy what you’ve worked so hard for. Many people dream of retiring in Maine. Of course, some of us are lucky enough to already live here!

Retirement finances can be a source of anxiety. No matter how much you’ve saved for retirement, you may wonder: 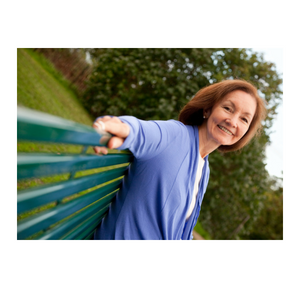 Do You Need Less Insurance in Retirement?

As you prepare for retirement in Maine, you may be eager to reduce your insurance costs. You want to keep monthly expenses down because you’re on a limited income. But you also want to protect the assets you’ve spent your life accumulating. A good insurance agent can help you pick the coverage you need within your budget.

If you’re thinking about retirement in southern Maine, call a Noyes Hall & Allen Insurance agent in South Portland at 207-799-5541. Or, get several insurance quotes online from our website. We can help you check your current insurance, and let you know if it’s the best value. We can also give you cost-effective advice to customize your insurance to your exciting new life. If you’re moving to Maine in retirement, and looking for a new insurance agent, we’re happy to help. We offer a choice of several of Maine’s top insurers and can do the comparing for you. We can even introduce you to some wonderful local realtors and financial planners.

Either way, you’ll know that your insurance is solid and the cost is reasonable as you head into retirement. At Noyes Hall & Allen, we’re independent and committed to you.

If you know me, you know that I like to bike year-round. Not every day, but most. I’m not alone. Two of our current staff of 10 regularly bikes to work. 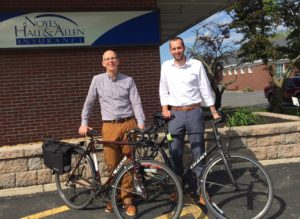 We’re lucky to live and work in the Portland area. Maine is ranked #17 most bike-friendly state by the League of American Cyclists. The Portland Maine Bicycle Commuting Facebook group has more than 650 members (including me).

As a bike commuting insurance agent, it’s about time I wrote to explain how common insurance policies can protect cyclists, and suggest the best insurance coverage for Maine cyclists. The good news: many cyclists already have the basic coverage; they may just need to adjust their policies to get the best protection.

Most cyclists are also drivers, so they have car insurance. They’re probably unaware that their auto policy protects them when they’re cycling.  One part, Uninsured Motorist Coverage, is especially critical when you’re riding your bike:

UM covers the difference between the limit you purchased and what the responsible party bought. An example: someone with Maine state minimum limits ($50,000 per person) hits you. Your medical bills, lost wages and pain & suffering total $100,000. Your UM policy will pay $50,000 if you purchased at least $100,000 of coverage.

They do NOT cover:

How Are Scooters, Mopeds or E-Bikes Insured?

Scooters, mopeds and similar self-propelled vehicles are considered “motor vehicles” by insurance policies. They should be insured on an auto or motorcycle policy. Maine State Law requires proof of auto insurance to register them. The insurance isn’t very expensive.

E-bikes are unique. They’re not considered to be “motor vehicles” by most auto insurance. But they ARE defined as motor vehicles on most homeowners policies, and thus EXCLUDED. That means no property OR liability coverage for e-bikes.

A few specialty e-bike insurance programs exist. For now, we recommend that you buy coverage from them to protect yourself against liability, theft and more. If you do purchase special insurance for your e-bike, pay particular attention to your Uninsured Motorist coverage. As of 2019, Noyes Hall & Allen sells a product that can provide up to $500,000 liability and UM coverage for e-bike owners.

If you’re a cyclist in Maine, and have questions about insuring yourself or your bike, call Noyes Hall & Allen at 207-799-5541. We understand cyclists and insurance. We’d be happy to help you protect yourself better. We offer a choice of Maine’s top insurance companies, and know how to advocate for our clients. We’re independent and committed to you.

There are many ways to compare auto, home, condo or renters insurance prices. Most people prefer to save time and work by getting several quotes at the same time.

Two common methods: contact a local independent agent; or get multiple quotes from an app or web site. Businesses that produce these quote sites are called “aggregators”.

Online Insurance Sites & Apps: easy to use, but…

Online insurance shopping sites and apps are usually well-designed, easy and convenient to use.

Most don’t sound anything like an insurance company. They’re often named after a food or an animal, for some reason. Or they sound like tech companies.

That’s because most are not insurance companies. They’re really lead generators. And you’re the product they sell. Although insurance aggregators promise quotes, they rarely present firm numbers. Instead, they sell your information to insurance agents and companies. It’s up to those agents to try to close the sale. 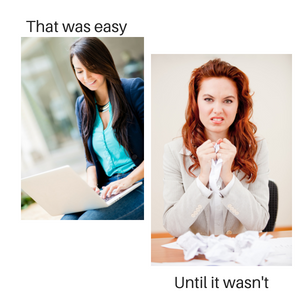 I tried getting quotes recently. I’d barely clicked “submit” when my phone started ringing. It didn’t stop for 2 days. My voice mail clearly says I’m an insurance agent. You’d think they would quickly figure out that I wasn’t going to buy from them. But they kept calling back. And the emails! I gave them credit for persistence even as I cursed their repeated interruptions.

Of course, not all insurance quote sites are the same. Some provide an estimated price at the end of your session. But most of those still need more information from you to produce a policy. That can change the price.

Independent insurance agents also offer several insurance options at the same time. They are locally owned businesses. There are about 35,000 in the US.

Call or visit an IA and you’ll spend 10 minutes answering the questions they need to quote. Then, the agent compares rates and coverage and presents a recommendation.

Instead of just taking your order, good independent agents use their local market and insurance knowledge to recommend the right solution. It may take a bit more time than the aggregator’s app, but that can be a great investment if  it helps you avoid an expensive mistake.

Some independent agents are more aggressive than others. Some even buy leads from aggregators. A few (like us) offer online insurance quotes 24/7 on their website. Most don’t share your personal information with anyone else.

It’s smart to shop your insurance

Savvy consumers know to compare insurance prices. You can call several “one company stores”; give your information to an online aggregator; or choose a local independent agent that you trust. If you’re in Southern Maine, Noyes Hall & Allen Insurance might be the agent you trust. Find out. Call us at 207-799-5541, get insurance quotes online, or stop by our South Portland office. We’re independent and committed to you.