Maine General Liability Insurance is a must-have for businesses and nonprofits. It protects and defends the organization’s assets agains many lawsuits.

Getting sued can damage your organization greatly. Loss of reputation and money are two of the greatest risks. It’s important to protect yourself. Do you run a business or nonprofit in Portland, ME? The trusted agents at Noyes Hall & Allen Insurance can help protect it against losses with a GL policy.

Most general liability policies include the cost of legal defense. That means hiring and attorney to defend you in court if necessary. Even better, defense cost doesn’t reduce the limit of coverage in many policies. It’s in addition to any damages you are liable to pay.

Whether you’re a contractor or provide a professional service, your client probably requires you to be insured. Your agent provides a certificate of insurance showing that you have the proper coverage. This is often required in order to get the best jobs. Larger companies and organizations require proof of insurance. They might even require to be named as an additional insured on your policy.

A single lawsuit could destroy your organization if you are not protected.  Do you manage a business or nonprofit in Greater Portland, ME? Contact Noyes Hall & Allen Insurance at 207-799-5541. We offer a choice of many of Maine’s top insurance companies. We’re independent and committed to you.

It seems every week Portland, Maine appears on some “best of” list. Best restaurant and foodie towns, best places to retire, best small city, and so on.

College graduates want to live in Portland for the food, drink, entertainment and active sports scene. Retirees and empty-nesters relocate here for cultural options and top-shelf medical facilities. Portland, Maine is big enough to keep you busy, small enough to find your “tribe”, and see them often about town.

Many new Portland Maine residents want to be “on the peninsula”. Portland’s downtown is flanked by hills overlooking the east and west ends, and water access on the north and south. Almost anywhere on the peninsula, you can walk from grocery to gallery, beach to brewery, or concert hall to coffee shop. And you can’t spin a lobster without pointing to a restaurant.

With so many great neighborhoods, it’s more about finding the best fit for you. We’ve broken down the choices to help you decide where to look. All the neighborhoods are in Portland, unless noted.

Portland Neighborhoods Near Beaches and Trails:

Less Congested Neighborhoods That Are Close to Downtown Portland:

What’s the Cost of Living in Portland Maine?

Like many popular coastal cities, Portland Maine’s cost of living is above average. But, it’s about 50% less than New York and almost 30% less than Boston. Housing is the biggest outlier in our cost of living: about 57% higher than the U.S. average. You might need to compromise on your “wish list” to find a place you can afford. And, because it’s so popular, it’s a seller’s market right now. If you see a great house, condo or apartment, it likely won’t be on the market for long.

RELATED: How to Register a Vehicle in Maine

You’re going to love it! We’ve been here since 1933, and are proud to be active in our community. We sponsor local non-profits and events. We champion fellow small businesses. We volunteer and buy local. Find us in the Knightville / Mill Creek area of South Portland, across the Casco Bay Bridge from Portland. We love to share our knowledge about the place we call home. 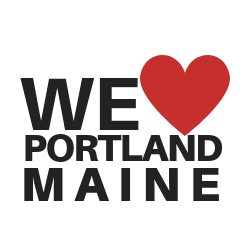 Need insurance for your car, apartment, boat, snowmobile, home or condo? Contact a Noyes Hall & Allen agent at 207-799-5541. We represent many insurers and can compare rates and coverage to find you the best value. We’re independent and committed to you.

Not ready to talk to an insurance agent? You can get real insurance quotes online in 10 minutes from our website.